Reducing fire risk by Design
Raymond, architectural and heritage practitioner with a specialization in Conservation of the Built Environment, is sharing some basic principles regarding the notion of living with fire and how we should design and live with fire in mind.
reducing fire risk, fire-wise, betty's bay, vlammehel, the village news, david lowenthal, conservation
1906
post-template-default,single,single-post,postid-1906,single-format-standard,stockholm-core-2.3.2,select-theme-ver-9.0,ajax_fade,page_not_loaded,vertical_menu_enabled,paspartu_enabled,menu-animation-line-through,side_area_uncovered,,qode_menu_,wpb-js-composer js-comp-ver-6.7.0,vc_responsive
6 Jul 2022

I am an architectural and heritage practitioner with a specialization in Conservation of the Built Environment. You may well ask yourselves what a philosopher of the built environment’s interest in reducing fire risk by design may be. In the words of David Lowenthal, heritage is about making sense of the past in the present for the future (Lowenthal, 1985)1. As fire has been with us for centuries, affecting our lives in various ways, it has never been more pertinent to apply one’s mind to its causes and effects on our lives due to the increase in frequency as a result of, among other, global warming.

Having lived in Betty’s Bay for the past 18 years, where I designed over 20 structures in the Overberg region, it is time to take stock of the past by learning lessons from it for the future.

It is in this context that I wish to share some basic principles regarding the notion of living with fire. Let’s not forget that fire is one of the basic natural elements of nature, just like earth, water and air. It has been part of human existence since time immemorial. Some scholars suggest that Homo erectus were able to use it as far back as 400 000 years ago while others suggest as far back as 1.5 million years. Whichever statistic is correct, the fact remains that fire, especially the control of it for human cultural use, has shaped our lives in more ways than we have space for in this article. We would certainly not have been living in the sophisticated society as we are, if it was not for the element of fire that was present. There is of course also the negative side of fire, as we have recently experienced in the Overberg with 41 houses having burned down in Betty’s Bay alone with hectares of nature being destroyed. However, many towns and cities such as Cape Town, London and Chicago have burned down in history as a result of poor planning and design. Fortunately, we have learnt a lot since then, and there are indeed ways to reduce fire risk by design. These cities have implemented new fire regulations and have been able to contain major fire risks even though density has increased. By repeating to build in the same way as before and expecting different results, is rather naïve and short sighted. This notion also applies to our region of course.

With that as background, I wish to turn to the subject at hand. Reducing fire risk by design. Having done some basic research (observing, reading and interviewing specialists) on how we should design and live with fire in mind, I wish to share some basic principles with those who have to re-build their homes after a fire or are planning to build a new structure.

To start with, we need to become pro-active in fire prevention by identifying fire risks in our area and then work towards creating defensible spaces. As a way of attempting to explain the concept and some principles, we need to visualise five circles. Each of these circles requires continuous pro-active activity from us.

The first circle represents the largest of the circles. The outer circle is the broader urban/ rural landscape of our environs. The mountain, hills, streets, lakes, sea and Fynbos areas around us. Observe these carefully on a regular basis. Should you notice irregular activities or phenomenon, report it to the relevant authorities.

It may be aspects such as a fire hydrant which has become overgrown by vegetation. Or, alien vegetation which is getting out of hand, thereby providing major fuel for run-away-fires. Remain vigilant and report concerns timeously. They are as interested as you in preventing fires. In fact, they have a specialist at hand who is tasked with identifying fire risks and to implement management procedures to reduce the risk on a continuous basis. We can all assist by being eyes and ears to this function.

The second smaller circle is your specific site or property. Ensure that the immediate area around your property is clear from unnecessary biomass – fuel for fires. Respect a minimum clearance rule of only stone, sour figs, buffalo lawn or other low growth ground covers around the house or property. A general rule of thumb which could be used is for every 1-meter height in vegetation the minimum horizontal planting distance from a structure should not be less than 2.5 meters. Preferably more, as each situation is different in terms of wind factors and not all plant species respond in the same way.

The third circle of creating a defensible space is your architectural design. The way your structure is designed and sited could reduce fire risk or enhance it. The architectural envelope, materials used and finishes are of importance in making a building more resilient to fire damage. Open eaves for instance have been identified as a major fire risk. The illustration, a section through a house – illustrating fire-wise design principles, provides a brief summary of the most critical principles involved in reducing fire risk, thereby creating more fire-resilient buildings.

Judicious interior design forms the fourth circle in creating a defendable space. Implement a principle of low fuel loads in every room by not storing unnecessary combustible materials. in the garage such as petrol, paints, thinners, etc. Reduce the use of synthetics as they can combust by radiation through windows. Internal louvres are preferred to curtains for instance. It has been noted that low-E glazing in newer structures withstands fire better than normal glazing.

Finally, the fifth circle – most difficult and unpredictable aspect of the chain of circles to manage is human behaviour. Our everyday behaviour and decisions, how we live, what we do or neglect to do, can make all the difference. When we make a fire for a braai or to cook food, always douse the coals afterwards. This remains one of the major reasons for veld fires.

Lastly, it is important to draw up a management plan. For a large concern such as a farm or factory, this could be an extensive exercise. For a residence, it could be drawing up a list of critical activities which needs to be maintained in and around the house as well as an emergency action list of what needs to happen in the case a fire is in the area.

If we all work together by managing the various spaces referred to, it will go a long way in reducing fire risk by design.

1 Lowenthal, David – The Past is a Foreign Country, Cambridge University Press, 1985. 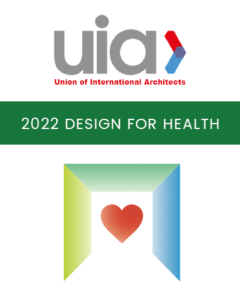